Kansas City – What Is Your Pavement Telling You? 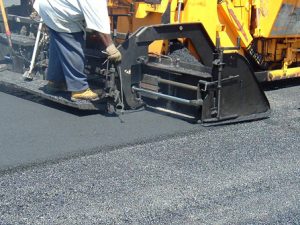 When it comes to asphalt pavement, a little maintenance can go a long way toward preventing premature failure. Before your pavement fails, it will typically display signs that it is in distress. If you know how to interpret these signs, you can take prompt action and usually rectify the issue before extensive damage has been done. The following five signs are your pavement’s way of telling you that it is in distress.

• Waves in your asphalt pavement could indicate two different conditions. The ones that show up primarily around stop signs, signal lights and crosswalks are normally called corrugation or washboarding. They indicate that the asphalt mix was defective; the contractor might have used too much asphalt cement, too little aggregate or chosen the wrong asphalt cement for your climate. The long waves that show up in the wheel paths indicate a condition called rutting. Rutting can be a serious problem as it is the result of either an installation or pavement design that was inadequate for the actual use of the pavement.
• Smooth or shiny patches on your pavement represent a condition called flushing. Flushing is caused by an asphalt mix that contained too much asphalt cement. Flushing and corrugation often appear on the same pavement, but the two conditions may be found in different areas.
• Mudding is a term that is sometimes used by asphalt contractors to describe mud and/or water that is being forced to the top of the pavement by traffic. The condition is caused by water penetration that is actively eroding the foundation. Correction requires locating the entry point for the water and repairing it, repairing the foundation (if needed) and repairing the pavement.
• Wrinkles or small rips in the pavement’s surface indicate a bond failure. In order to be strong and flexible, asphalt pavement needs to be securely bonded to its foundation. If the bond fails, the pavement can try to “slip” or move independently, causing tearing or wrinkling.
• Alligator cracking is a term used to describe numerous small cracks that resemble an alligator’s skin. This cracking pattern is often an indication of water penetration that has damaged the foundation. However, it can also be caused by insufficient compaction when the pavement was installed or asphalt pavement that is too thin to withstand the loads placed on it.

All Pro Asphalt offers a wide range of asphalt-related services, from asphalt paving and crack repairs to asphalt sealcoating and parking lot striping. We are committed to providing superior results in the most efficient and cost-effective manner. Whether you need your home’s driveway rejuvenated or your business parking lot repaired, we have the expertise to ensure your complete satisfaction. Use our online form to request a free quote, or call 816-249-6800 to speak with one of our friendly and knowledgeable staff members.

Categories : Announcements
What our clients say
Our high standard of dedicated performance and quality workmanship makes us simply put, the best.
Darryl J.