See An Explanation Of Why Asphalt Pavement Works In The U.S! 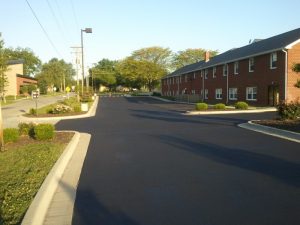 Approximately 93 percent of all paved roads in the United States are paved with asphalt. Since America has more than 2.6 million miles of paved highways, streets and rural roads, that means that a lot of road builders, government agencies and engineers have felt that asphalt pavement was the better solution. The findings of a recent survey tend to support that drivers feel the same way, whether they know it or not.

The survey gave almost 3,100 drivers a list of 14 traits and asked them to choose those that had the highest priority for them. Respondents included commercial truckers as well as drivers who never operated anything larger than the family’s SUV. Here are the top priorities for those participating in the survey and an explanation of why these priorities can best be met by asphalt pavement.

• 73 percent of the truckers and 84 percent of the other drivers prioritized roads that were properly maintained, but insisted that they did not want the work to result in rush-hour problems. The majority of asphalt repairs can be done during times when traffic is light, such as overnight or on weekends. Repaired areas can be quickly reopened to minimize disruptions. Concrete roads, on the other hand, may require two or three days before a repair can be made and the area reopened.
• 56 percent stated that safety was of major concern, and 69 percent said that if smoother roads were the result, they would accept periodic disruptions for repairs. Asphalt roads are smoother, which means they are also safer. In addition, asphalt paving have better traction than concrete in rain or ice.

Respondents were not expecting to have excellent roads without paying for them. Over half said that they supported funding of both new construction and maintenance for existing roads through new or expanded initiatives. When it came to prioritizing spending, though, 78 percent of the professional truckers and 86 percent of the other drivers stated that keeping existing roads in good condition should outweigh the construction of new ones.

All Pro Asphalt offers an extensive range of asphalt-related services to customers throughout the greater Kansas City area. Whether you need asphalt paving, infrared repairs, sealcoating, parking lot markings or any other asphalt-related service, we have the dedication, experience and skills to give you the best results at competitive prices. Call 816-249-6800 or submit our online form to request a free estimate.

Categories : Announcements
What our clients say
Our high standard of dedicated performance and quality workmanship makes us simply put, the best.
Darryl J.