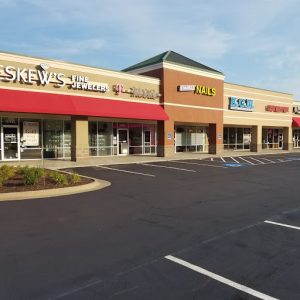 Independence has a history that is unusually rich for a town with a current population of approximately 117,000 people. The town’s location has always contributed heavily to its success. During its early days, much of Independence’s growth was due to its location as the nation’s westernmost location navigable by steamboats. During the mid-1800s, its location made it the ideal jumping-off point for pioneers making the westward trek. It is somewhat difficult to imagine the commotion and chaos that ensued every spring when the town’s dusty streets would be clogged with wagons and travelers shopping for supplies. Today, the dirt streets and wagons have been replaced by pavement and motorized vehicles. However, just like the original dirt trails, paved streets must be built and repaired to keep traffic flowing, so when people in Independence, MO need a paving company for their thoroughfares and parking lots, they often ask All Pro Asphalt for help. We install asphalt and concrete pavement, offer infrared asphalt repairs, provide sealcoating services, repair cracks in asphalt pavement, offer parking lot striping and repair concrete.

From its founding in 1827, Independence was the eastern anchor of the Santa Fe Trail, a 900-mile trade route that passed through what are now the states of Kansas, Oklahoma and Colorado before terminating in Santa Fe, New Mexico. By 1843, Independence was supplying wagons, livestock, tents and other necessities to settlers embarking on the grueling 2,000-mile Oregon Trail or the equally long California Trail.

The town prospered, and by 1860, Independence had more than 3,100 residents. However, although the damage caused by the Civil War was not as great in Independence as it was in many other Missouri towns, the war took a toll on the town. Despite a flurry of activity shortly after the war, Independence was unable to regain the prosperity and prominence that it had enjoyed prior to 1861. Fortunately, Independence’s location once more proved advantageous; the population of nearby Kansas City exploded, increasing from 4,418 in 1860 to 32,260 in 1870 and reaching 55,785 in 1880. The population of Independence more than doubled between 1880 and 1890, and it continued to increase throughout the 20th century.

One of Independence’s most famous residents was Harry S. Truman. The Truman family moved to Independence when Harry was old enough to enter the first grade; in 1901, he graduated from Independence High School. Truman married a woman who had been born and raised in Independence, Bess Wallace, in 1919. Independence is the site of Bess and Harry Truman’s graves as well as the Harry S. Truman Presidential Library.

A diversified, strong economic base has helped keep Independence moving confidently forward, but the residents have not abandoned the town’s past. Numerous museums celebrate the town’s history, manufacturing companies help generate growth and the town’s many hotels and restaurants support the tourists who come to the area. Shopping centers, apartment complexes, major retail chains, health care providers, schools and religious institutions help ensure that residents can find everything they need within the city limits. All Pro Asphalt offers paving services to customers in all of these industries as well as homeowners.

• Asphalt Paving Independence, MO: Whether you need an overlay installed to rejuvenate an existing pavement, need to have a new street or parking lot constructed or need to remove your old pavement and install a new one, we can help.
• Asphalt Crack Repairs Independence, MO: Water penetration can shorten the life of your pavement or lead to expensive repairs. The timely repair of cracks in your pavement can save you a significant amount of money down the road.
• Asphalt Sealcoating Independence, MO: Sealcoating is economical and highly effective. Sealants can protect asphalt pavement from premature deterioration while enhancing the pavement’s appearance.
• Parking Lot Striping Independence, MO: Ensuring compliance with the ADA, controlling the flow of traffic, improving safety and boosting the property’s curb appeal are just a few of the reasons to make sure that your parking lot striping is refreshed periodically.
• Asphalt Repair and Infrared Repair Independence, MO: Seriously damaged pavement may need to be removed and replaced. In some cases, alligator cracks and potholes can be repaired using infrared technology to produce a repair that is attractive as well as durable.
• Concrete Independence, MO: Whether you need a new curb ramp built or a sidewalk repaired, we have the expertise to do the job right.

All Pro Asphalt is an asphalt and sealcoating contractor servicing Independence, MO.  We delivers exceptional quality at affordable prices. If you need infrared asphalt repairs, asphalt paving, concrete installation, asphalt crack repairs, sealcoating, concrete repairs or parking lot striping, contact us today. You can request a free estimate by submitting our convenient online form or calling our office at (816) 249-6800.